Trade and Economic Integration of the Mauryans and Gupta

Under Chandragupta Maurya, the Mauryan Empire was unified Politically, and built up a strong Military allowing for the establishment of a common economic system. This common economic system allowed for a common currency system, as well as a complex taxation system, now enforced by a fair centralized government. This new system of nationalized taxation lead to the creation of public works and services; this include financial security nets for the merchant and farmer class as well as public projects such as waterways to enhance productivity within the empire.
Trade- As for the trade within the Mauryan Empire, it greatly expanded as a result of the Indo-Greco peace treaty passed during the reign of Ashoka. This treaty enabled the Mauryan trade to expand to both Europe and the middle east. Silk, textiles and spices were traded for technologies of the western world; allowing for new innovations and scientific knowledge to help the Mauryans expand and flourish. 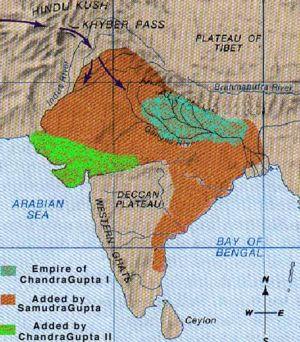 This displays the location of the Mauryan empire on the modern day Indian subcontinent, along with the Kyber pass a major trade route used by the Maurya.

The Gupta Empire maintained a flourishing economy due the abundance of agriculture, and high less of free trade. Agriculture was the main contributor to the economic growth of the empire, a majority of people were farmers; However unlike many other civilizations at the time, Gupta political leaders didn't impose harsh taxation and fees on farmers, allowing them to prosper. The biggest reason for Gupta's successful economy was the ability to freely trade. The Gupta had a very expansive trade system, using many ports on their Western coast (Sopara, Cambay). Gupta traders/merchants would also use sea travel over the: Indian ocean, Chinese and Arabian seas to trade their major exports of textiles, spices, and Ivory carvings. 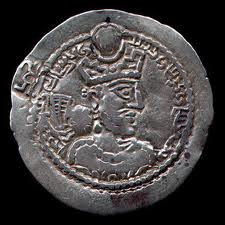