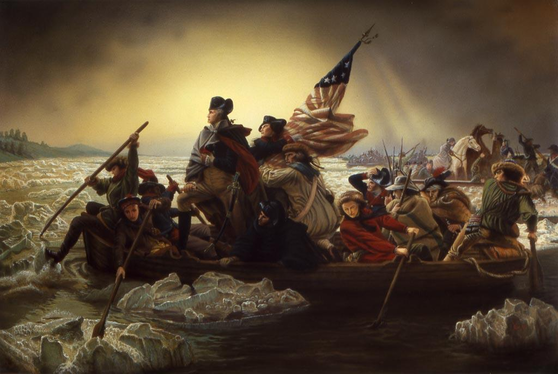 This photo shows the nationalism that one would feel towards America by this time by the way America looks majestic, and like it can endure anything.

The American Revolution was supposed to be the rebellion that ended British control over the new American colonies, but in fact it did the opposite, the revolution tightened Britain’s control over the colonies. What the American Revolution did do, was motivate the colonists to fight back and gain their independence and later become the worlds most democratic country. To finally gain their independence, the Americans went to war in 1781, this time they employed the help of the French by borrowing much aid from them, later this will plunge the French into deep debt.  This revolution and the colonies banding against the British created that feeling of nationalist pride. Nationalism is the strong identification to a group of people, the colonists at this time were proud to be part of the early U.S and this was due to the fact that they knew that there hard work in fighting against the British would succeed. Also during the revolutionary times the idea of democracy was on the rise in the U.S. Power was held in revolutionary leaders like George Washington, there was no dictator or one person with all the power. There was also the division of political parties illustrated by the loyalist, those who liked the more British was of doing things or running the country and then there was the patriots who wanted to start fresh away from the British. Also the power of decision making was starting to move to the citizens, later different branches of government were created and documents like the Declaration of Independence and the Constitution were written to dictate what powers were held by each branch. The moral of all of this is because of the revolution from Britain, it created democracy and a nationalist spirit.