4.1.1: Identify then explain the impact innovative tools had on transoceanic travel & trade.

Who, When, and Where?

The main oceans involved in the transoceanic travel and trade of the Age of Exploration were the Pacific, Atlantic, and Indian oceans. The cultural and economic exchanges which occurred as a result of these were part of pivotal trade networks, and impacted history greatly.
(Due to the many factors involved in this matter, I chose to split up the segment of this topic’s Basic Gist into separate sections, rather than one whole paragraph.)


The Portuguese, Dutch, Spanish, and British (i. e. Europeans)


1400s until the 1700s, roughly. Often encapsulated by the following nicknames:  “Age of Exploration,” “Age of Discovery,” and “Age of Great Navigations.” 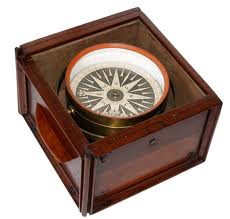 The dry compass was invented by the Chinese, but perfected by the Europeans, and eventually served as one of the core technology-related advancements they had in transoceanic travel and trade.
What?

Using technology so as to participate in global trade, travel and colonization in the most efficient manner possible; Innovative tools as pertaining to ships, navigation, and weaponry allowed for tremendous improvements in both trade and travel, since all of these allowed for larger amounts of cargo to be transported in a faster, safer, and much more efficient manner with a level of sophistication and comfort previously unknown ease unknown to both travelers and merchants of this Era's most prominent countries, thus leading to a more effective trading system, seeing as Europeans were no longer limited to traveling by land, or only small portions of the sea.

Why is this important?

This map details the Triangular Trade Network, or Columbian Exchange, one of the many interactions between Europe and the Americas brought about by such technology as lateen sails, dry compasses, and astrolabes. Travel was now safer, faster, and more efficient than ever.
All of this is important because:

*All images are directly linked to their respective sources.