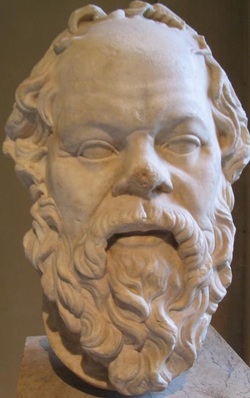 
Empires allowed art and architecture to become more refined. This increase in craftsmanship indicates that there was a high enough standard of living and leisure time to hone these skills. The works created in these times depict everyday life, religion, and leaders. Creation of these works showcases the values of the society and a desire to document their existence. The technological advancements allowed for intricate architecture, canals, plumbing, aqueducts, and transportation, which increased the standard of living.

Culture and trade spread as empires conquered lands and became geographically larger. Greek’s culture was highly influential, and can be seen in Rome and Persia’s. This changed the economy by allowing more water and agricultural resources  to be harnessed and larger trade networks. The most remarkable trade network was China’s Silk Road, which began during the Han Dynasty. It stretched 4,000 miles and a reason that China’s empire became so powerful.

These conquests could not have happened without military strength. The societal belief held during this time of “might makes right” is reflected in the conquering of other peoples. Their strength was used as a justification for conquering, which also reflected that the belief system of their religions. Rome’s conquests resulted in much bloodshed, while Persia was more respectful towards the conquered and assimilated their culture into their own.

Political systems and intellectual thought became much more sophisticated. Greece was the hub of these advancements, being the birthplace of Democracy and philosophers like China’s Confucius and Greece’s Plato, Socrates and Aristotle. Similarly to art, the standard of living allowed these ideas to come into fruition. Democracy allowed all of the men’s voices to be heard. This exclusion of women shows that Greece’s has a patriarchal society, which China and Rome had as well. However, this democratic process did not happen in China and collapsed in Rome. Rome's society had great class disparity and offered little social mobility. Most rulers claimed that the religious reason of divine right was their justification to rule.

A map of the impressive Silk Road routes.