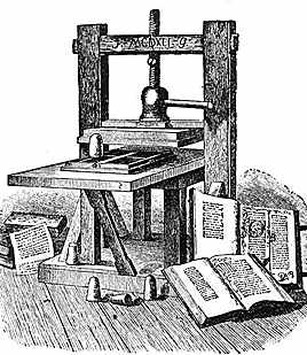 Europeans during the age of exploration had used technology to both expand and consolidate their imperial state. Gunpowder weapons, including guns and the canon, had been used to spread their imperial power. For example, this technology had allowed the Europeans to conquer native tribes in the Americas. By conquering these tribes they were able to establish bases and control commerce in the Americas. Seafaring technology had also been a dominant piece of technology that had allowed for the Europeans to expand their imperial power. The Portuguese were able to use seafaring technology, such as more maneuverable ships, to explore, travel, and establish bases at key locations such as Mombasa, Hormuz, Goa, and Malacca. The printing press had also been used to spread imperial power while also consolidating it. The printing press had been used to print and produce the Bible in order to spread Christianity. This had brought Europe together by unifying their power under one culture. It had allowed the spread of Christianity into conquered nations which spread their culture along with their power globally.

Gunpowder weapons (right) as long as naval technology (left) had both been invented and innovated in China. 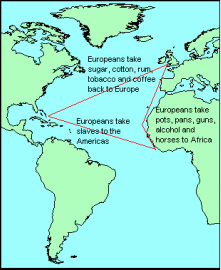 Africa had been a base of Europe's imperial expansion

Between the mid-fifteenth and mid-nineteenth centuries, the Atlantic Slave trade was working to bring Africans to the Americas. Africans had traded other Africans from other tribes to accomplish this trade and guns from the Europeans had allowed for these conquests to happen. Guns in the Africas had allowed for small imperial expansion to take place as, regionally, stronger African tribes took over the weaker ones in order to trade them on the Atlantic Slave trade. Europeans had been able to colonize in West Africa due to their advanced naval technology, as well as gunpowder weapons. These technologies had allowed for imperial expansion for the Europeans into Africa.

Hans Mayr: The Voyage and Acts of Dom Francisco, 1505-

The Portuguese found here a large quantity of pure drinking water. Flasks of very good perfume are exported from here and a large quantity of glass of all types and all kinds of cotton piece-goods, incense, resin, gold, silver, and pearls. The Grand-Captain ordered the loot to be deposited under seal in a house.
The fortress of Kilwa was built out of the best house there was there. All the other houses round it were pulled down. It was fortified and guns were set in place with everything else a fort needs. Pero Ferreira was left in command of it with eighty men.
The country is not very hot. The men are armed with bows and large arrows, strong shields of palm leaves bound with cotton, and pikes better than those of Guinea. Few swords were seen. They have four catapults for hurling stones but do not yet know the use of gunpowder.
The sea laps the entrance of the fortress at high water near where the ships enter.
This document explains the role that the Portuguese had in Africa, more specifically, Kilwa. Kilwa had been a European base that had been fortified in Africa. This is a prime example of imperial expansion of the Europeans into Africa.

From the 1450s to the 1750s Europe had expanded their territories globally, all while only succeeding to touch the edges of Asia. During the mid-sixteenth century the Portuguese were able to reach Japan. Europe had been welcome to trade and spread Christianity at first. Later, Tokugawa had unified Japan politically and had expelled Europeans. Japan’s “revolutionized” local warfare had allowed for Japan to persecute Christians and block European control over their lands. This had effectively allowed for state consolidation in Japan. After the Europeans had been banned Japan was able to be unified and was able to maintain their culture while bringing the state together again.

The Japanese persecuted many Christians after they had expelled Europeans from Japan. This led to state consolidation.

We have no thought of the Kirishitan in our hearts. We have certainly "shifted" our faith. If any falsehood be noted in our declaration now or in the future, we shall be subject to divine punishment by Bonten, Taishaku, the four deva kings, the great or little gods in all the sixty or more provinces of Japan, especially the Mishima, Daimyojin, the representatives of the god of Izu and Hakone, Hachiman Daibosatsu, Temman Daijizai Tenjin, especially our own family gods, Suwa Daimyojin, the village people, and our relatives. This is to certify to the foregoing.
This primary document is a pledge that Europeans had to take in order to not be persecuted by the Japanese. The Japanese had persecuted Christians (Europeans) because they found them a threat to unity and state consolidation. 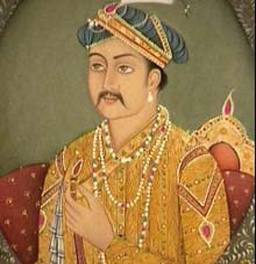 The Mughal Empire had been greatly expanded during the reign of a man named Akbar during the mid 1500s to the 1600s. This imperial expansion had been made possible with military technology. The technology that had been most used in battle had been swords, bows, arrows, and various types of cannons. While this technology had not been as advanced as China’s or Europe’s technology, it had still been effective in their region to expand their territories. During Akbar’s reign the state had experienced cultural unity and state consolidation. Akbar’s influence of architectural technologies had allowed for state consolidation in the Mughal empire. These technologies allowed for angled arches, symmetry, domes and cupolas, as well as ornate details in their architectural feats. Architectural capabilities had allowed for the Mughal culture to flourish which had led to unity in the state.
Akbar had brought the Mughal empire both state
consolidation and imperial expansion with the help
of technology.

Christopher Columbus had sailed to the Americas in 1492. This had led to colonization and trade ports in the Americas.