Art and architecture were immensely influenced by trade across Eurasia. The wealth a civilization acquired from trade went toward constructing buildings such as churches, hospitals, libraries, monasteries, mosques, and palaces and temples. The construction of churches and mosques conveys their values towards religion and how they thanked the god for the new wealth that came into their society such as Novgorod, Hangzhou, Malacca, and significant places of worship like the Haiga Sophia Church in Constantinople and the Sehzade Mehmed Mosque in Istanbul in the Ottoman Empire. Building hospitals and libraries suggests that with the new wealth they acquired from trade, civilizations began to promote education which would lead to innovation and make trade even more of a success, as seen in Baghdad. The palaces and temples constructed were for the elites and were built because they wanted to increase their own standard of living. The elites used the trade revenue for themselves to make their lives more comfortable, as seen in Malacca and Tenochtitlan. These generalities are similar to things today because people continue to construct hospitals, libraries, and now mansions as a nation becomes wealthier. For example, the wealthier China becomes, they always strive to continuously better the education of its inhabitants and build better living quarters for its citizens to not only increase the standard of living, but also ensure that the future generations continue to improve their economy through trade and other means and maintain the flow of money throughout their society. China’s per capita net income increased 62 percent from 1990 to 2001 causing the per capita floor space for an average city person to increase from  6.7 square meters to over 10 square meters. However, these generalities are different from today because the wealth of a nation doesn't always correlate to the building of churches and mosques. People practice so many different religions now that the wealth of a nation isn’t automatically associated with the construction of places of worship.

Geography had a vast influence on trade, causing some civilizations to be more successful than others. Close proximity to other nations allowed for easy to access trade partners with their neighbors, such as Calicut being close to India. Cities like Malacca and Venice also owe a lot of their success to geography. Both of these cities united Western and Eastern Eurasian civilizations by being a central trade center to both parts of the continent. Their accessibility to many different kinds of goods caused their society to be more wealthy because the wider the variety of materials they obtained, the more goods they could trade to the other civilization  without those goods and receive more revenue from them. Tenochtitlan also used water to build canals and transport their goods by those means. Tools such as horses used by the Mongols and the magnetic compass used by China, helped people navigate their way across land and water to trade with other civilizations. A continuity of the impact of geography on trade is that location remains to be key. China and the US are in central locations that are easily accessible for many other nations to trade with. The easier it is for other societies to trade with a certain one, the more trade they will acquire. A major change is that people now not only trade in their areas or just on their continent  but all over the world. Before, Malacca, Calicut,nd a Venice didn’t trade with Tenochtitlan but now Eurasia and the Americas are regular trading partners. 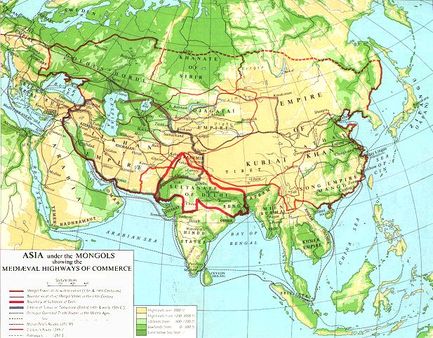 This map of the Mongolian trade routes conveys not only the regions of which the Mongols traded to but also the geographic features of their surroundings. The relatively flat region they lived in suggests that they could move across Eurasia with their horses, and facilitate trade easily.

The effects trade had on military were the spread of different military strategies and tools to use during battle. The exchange of ideas were also very prominent between societies which caused ways of thinking, such as military strategies to be shared among them. Swahili used ironworking, which originated from Europe but was able to spread to Africa not only through cultural diffusion but also through trade. The use of iron working caused the crafting of iron tools to be used for militaristic purposes. Europe traded swords to be used in close one-on-one combat while China traded gunpowder. The use of gunpowder had a huge impact on battle because it made it more violent and allowed the users of the gunpowder to kill their opponents easily and from a distance. It also caused people to use the advancements  against the creators, like the Ottomans using gunpowder against the Chinese. Similarities to today include the use of explosives during battle, such as the end of World War II, and the constant need to have the same, if not better, weapons than one's opponents. The Cold War demonstrated the continuity that societies are always attempting to one-up their enemies when it comes to constructing weapons. The motive behind this is to have better defense for oneself and also ensure a win against the opponent. A change over time is that there is very minimal close contact in battle any more. The creation of weapons that kill from a distance are much more prominent which have made no need for close contact battle. 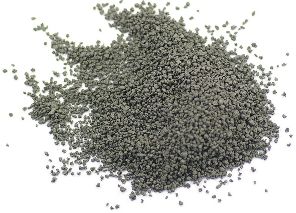 The use of gunpowder in China spread across Eurasia and had deadly repercussions. Militaristic strategies, such as gunpowder, were also acquired by different civilizations because of the trade and exchange of ideas that came with it.

The societal impact of trade caused new social classes to develop and more people to arise within those civilizations. The new wealth that came to the society caused people other than the nobles to have a comfortable amount of money, creating a merchant class. There was no longer a huge gap between the rich and the poor because the societies’ new wealth created a middle ground, like in Swahili. For example, in Europe, the increased wealth eliminated the serfs in the social pyramid but created the middle class and allowed for more social mobility within their society. The new wealth also created an increase in population. The trade caused more money to go into a civilization which lead to more people in the society because there was enough food to feed the population increase. Job specialization was another result of trade because of how the people had more goods being produced, the increased need for people to produce them and the more it became essential that the crafters were experts and that they dedicated their time to perfecting the goods to be  traded. The increase in population because of vast trade is an important continuity to today. The Baby Boom in the 1950s was a result of the major trade facilitated during World War II and resulted in more wealth for the United States, more food and supplies for families, and thus more babies being produced. A major change over time would be that social structures aren't as rigid now. There is much more social mobility within society now because there are numerous amounts of ways to become a prominent member of society.

The social structure in Europe prior to the vast amounts of trade between civilizations consisted of serfs being at the very bottom of the pyramid with knights directly above them. Subsequently, the serfs no longer existed and instead, there was a middle class between the knights and the peasants at the very bottom.

Politically, the issue arose on who should be in control of trading routes, the government or individuals merchants. Political leaders did use trading routes to their advantage which led to either the increase or decrease of their power. Since the political chiefs used trading to their advantages, they were able to build large public works and expand their empires. Also, political leaders were able to look back at other leaders in previous civilizations and assess the positives and the negatives and integrate the positives into their cities. With emerging trade came not only power but wealth. Cities were able to develop under strong ruling when wealth through trade was provided. Decrease control of trade led to a decline in the amount of wealth and thus strong emerging cities used trade to exhaust the supplies of others and eventually cordon them.

The three main religions that spread at this period of time were: Hinduism, Buddhism and Christianity. Trading did not only help with the share and diffusion of cultures among cities but it also allowed for religions to collapse. Buddhism was born in India around the third century B.C.E but quickly spread to China mostly by merchants and their use of trade. These merchants used trade to spread their religious beliefs and values which thus pushed other people to follow that specific religion. Hinduism, on the other hand, spread also throughout emerging cities but through the use of sea routes. Christianity ,which holds its roots back to the Roman Empire, erupted in Europe and spread through trade as far as India. Islam also spread to Africa where scholars in Timbuktu studied the Islamic religion.These religious expansions instilled new ways of thinking and behaving in the lives of everyone affected by their spread. 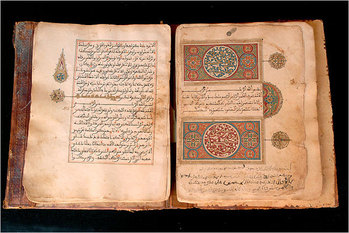 The city of Timbuktu was interested in the Islamic studies and beliefs that they later adopt.

Innovations during this period of time were booming. With trade, ideas were able to spread from cities to cities in ways that were unthinkable before. Traders from different cities and background shared ideas and brought them back home to their empire and thus created a cycle of trading and benefiting from other cities while adopting their innovations and ideas. People started to wonder and question about the missing things such as the idea of time. During the Ummayad expansion, the people were the first to understand the concept of time which opened up more opportunities for trade because people knew when and where they should make it back home. 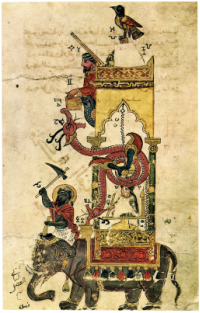 The Abbasid Empire was the first to understand the concept of time.

As a result of the increase spread of innovations and ideas, technology spread tremendously during this period of time. The trading system helped for the spread of ideas at a faster rate. For instance, Baghdad, the capital of the Islamic World, was the city which produced coined money. The domestication of animals did allow for more wealth since with the domestication of animals came more trade thus more wealth. For example, cavalry that was adopted from Persia, was used by the Mongols to conquer other grounds. On the Sea, more efficient and stronger ships were used by the Indians to gain new technological advancements and ideas at a faster rate. With the various innovations of the Chinese, trade helped with the spreading and sharing of the innovations such as gunpowder and printing press. With trade came the great exchange of technological advancements and thus providing more wealth to the designated city. 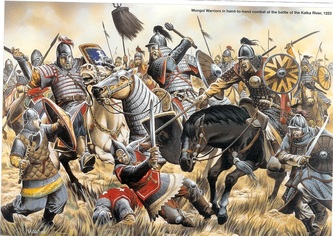 The Mongols used their knowledge on cavalry to conquer other cities.

Before the introduction of the three main trade routes known as the Silk Road, the Trans-Saharan route and the Indian sea trade was very limited to the civilizations that were close to each other. With the creation of the trade routes, civilizations and cities were able to exchange goods and technological innovations on a more global state. It was the beginning of globalization. Exchanges between Europe and China ,for example, led to the expansion of the production of silk which was a big part of the Chinese economy. In addition, travels from Europe to China at this period of time took days and thus break-points or places for travelers to rest in were established. With that rose numerous markets and bazaars that improved the economy tremendously and brought not only wealth but also an increase of the population in the cities. 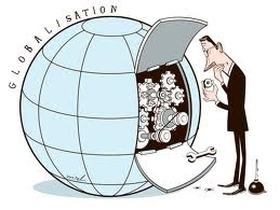