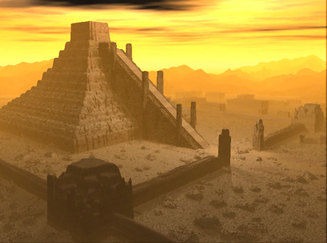 Ancient Mesopotamian Ziggurat
In Mesopotamia pictographs and tablets were used as a form of art and writing. As an early society Mesopotamia was advanced in that they have Ziggurats, these are large stepped pyramids with temples on top. The Ziggurats were one of the most important structures in Mesopotamia since religion was so important. In the Indus Valley civilization the people were highly advanced. The people in this region also had a storage area for food in the middle of the city to keep the grains useable and fresh for longer so society could survive. These people built houses in rows so that drains and sewers could be used throughout the cities. This could have been evidence of indoor plumbing. This idea of indoor plumbing and plumbing in general has carried into our day, most houses and cites have access to plumbing. An idea that has changed from early civilizations to today would be the idea of temples being the center of city life. 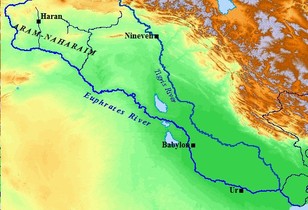 Tigris and Euphrates Rivers
By the building of temples and walls and the use of sewers and drains humans changed the geography around them. In Mesopotamia, they had the active use of the Tigris and Euphrates rivers; although these rivers proved as a greater challenge to utilize they proved to be a valuable asset in the community. The rivers were used with irrigation to provide food for the city. In the Indus Valley the drain and sewage systems relied highly on the geography to be effective. Without the rivers being prevalent there would be no way for the society to advance and be one of the first society’s to have indoor plumbing. 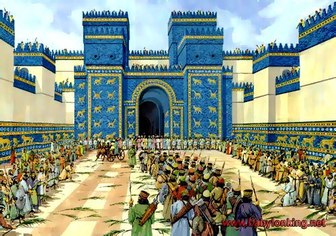 Soldiers assembled behind the defensive wall
In the early cities protection was key. Mesopotamia was built as a “walled city”. Surrounding the whole city was walls to protect the people and valuables inside. 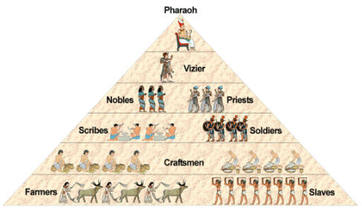 Egyptian Hierarchy
With this entire city planning and building going on this gives us evidence that there was social division and classes. In Egypt where the pyramids were built, there was evidence that lower classes were doing all the building while the kings were viewed as gods. Scribes, who were the upper middle class, had more education than the average person living at this time. Also there was the lower class of farmers and peasants who did most of the building and provided the food for all those in society.

A hieroglyphic tapestry depicting the complexity of the Egyptian Afterlife
The pharaoh had great power in life and after death he was believed to live among the gods. The kings and pharaohs had tombs built for them which contained everything they needed in the afterlife. They had treasures made by armies of workers. The tombs were in the great pyramids. Their body was preserved by a process called mummification so it could continue on the journey to the afterlife. The Egyptians were polyesthetic. In Mesopotamia the temples were the most important buildings; the Minoans worshiped the great mother goddess and built shrines to the snake goddess. Religion was one of the sole purposes of monumental architectures being built. People wanted to show their faith     . in their religion by building monuments to honor and worship their god (or gods) 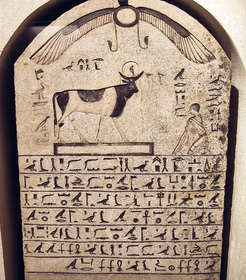 Sumerian Pictograph
The Egyptians were the first to use hieroglyphics. To build massive structures like the pyramids they had to have had a strong mathematical understanding along with physics otherwise the pyramids would have not been able to stand. The Sumerians in Mesopotamia built walls and temples on top of ziggurats and pictographs were first developed here. The Minoans built a huge city that was connected by roads. 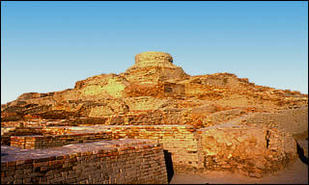 Citadel at Mohanjo-Daro
In the Indus Valley in the center of the city there was a large storage area for grain called citadel, houses were built in rows with streets and they had a system of drainage and sewer (Suggests indoor plumbing). The Minoans- built roads, craftsmen made jewelry and pottery while the Mesopotamians built irrigation systems went from homes made of reed to homes made of mud and clay that dried in the sun.

Simple map of Silk Road
In Mesopotamia the priests took care of all wealth because they held the most power aside from the royals, there were obvious class distinctions between rich and poor, Egypt traded with other civilizations around it by using the Nile River for transportation and all of the work was done for the king. Mycenaean people gained wealth by trading and raiding other cities. Their trade was focused around the Mediterranean. The Indus Valley civilization had mostly people as farmers, and China used the silk road to trade but silk was an important cloth only worn by the rich, bronze was used for ornamental purposes. 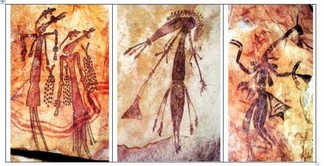 The art of Pastoralists was taken from other cultures mainly since they traveled around. The Mongolian empire had art that was made from gold. The religious statues evolved with each civilization that the Mongols conquered. Their way of life changed with each city they changed and conquered. The Mongolian cities were very centered on military. Walls to keep out invaders protected the cities. 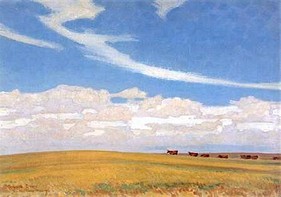 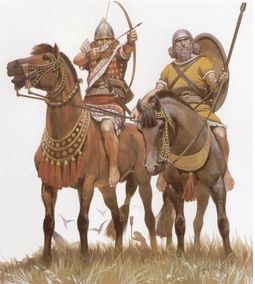 Pastoral Cavalry
In the Mongol empire the horses were the biggest assets to the army. The soldiers on these horses were lightly armored with bows and swords. The Calvary was the largest part of the army and they had the most power. Each member of the military would have three to four horses so that there was always horsepower available. The bows that were used were made out of composite material, wood, and laminate which was used to give the sword and bows more power and sturdiness. 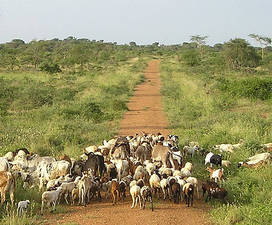 In these society’s there had to have been organization. There would have to be some sort of social classes that would make those off fighting and conquering heroes and be at the top of the social pyramid right under the leaders. 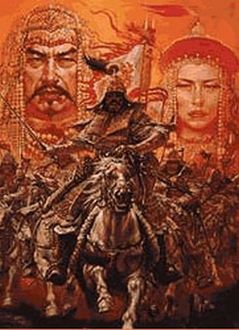 Genghis Khan welding tribal alliances together
Their values stressed equality and individual achievement. Some clans were ranked as noble or commoner and considerable differences emerged between wealthy aristocrats and poor herders. Many held slaves. Women held higher status and did productive and domestic labor. Women could divorce and served as political advisors. Pastoralist societies generally lacked the wealth needed to pay for professional armies and bureaucracies. Their fierce independence and widely dispersed clans and internal rivalries made political unity very difficult to achieve. But charismatic leaders such as Chinggis Khan were periodically able to weld together tribal alliances that became powerful states. Powerful states construct powerful armies and from that came the assembly of weapons. 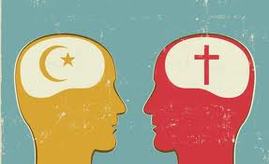 Origin of the two most major religions in the world
At one time or another, Judaism, Buddhism, Islam and several forms of Christianity all found a home somewhere among the nomadic peoples of inner Eurasia. Pastoral peoples tend to develop a belief that is found in very few religions; they commonly believe in a God or gods who take active interest in human affairs and look after the people who worship them. This belief has been suggested by the pastoralists' experience of the relationship between themselves and their flocks. The modern religions based on this view of the relationship between human beings and god--Judaism and its offshoots, Christianity and Islam-- originated among pastoral peoples. 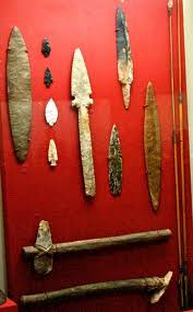 Pastoralists shifted their herds in regular pattern systematically following the seasonal change in vegetation and water supply. They had to have had a basic understanding of direction and time. “They knew where they were going and why.” To make weapons pastoralists had to have known know how much a horse can carry (weight), how fast it could run with that weight and the material they made their weapons with would have to have been light enough to throw or wield at a certain speed but still be deadly to their enemies. To understand how to make weapons pastoralists had an understanding of metal and stone work. 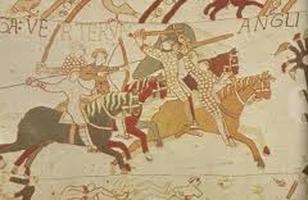 "Ancient mounted warfare"
The most fundamental contribution of the pastoralists was their mastery of environments not suited for agriculture. New technologies invented or adapted by pastoral societies added to their mastery of the environment. These technologies included complex horse harnesses, saddles with iron stirrups, small compound bows that could be fired from horseback, various forms of armor and new kinds of swords. The military potential of horseback riding allowed pastoral people to make their mark on world history. Mastery of mounted warfare made possible a long series of nomadic empires. Once the military advantage of horseback riding was discovered weapons were needed to support “mounted warfare” (chariots, compound vows). Pastoralists were mere farmers who specialized in herding animals with a specialized knowledge about animal husbandry and land transportation technology. 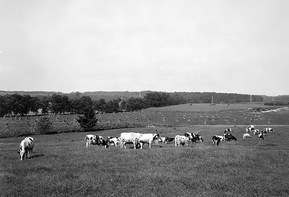 Domesticated animals were a source of wealth
Women held economic role. (Could rise horses and throw spears as well as men.) Trade and war were both favored by the efficient transportation technology that was in the hands of pastoralists. Slavery first makes its appearance as captives are put to work for their conquerors. Pastoralists extended services such as caravan operation for pay, by having agricultural slaves or clients, and by raid or threat of raids. The human diet is greatly enriched by eating relatively small amounts of meat and animal fats. Leather, horn, wool, and animals for traction are also valuable. Thus animals’ specialists are often motivated to trade much of their valuable animal production for grains, crafts and manufactures, luxuries and so forth. Settled peoples often pay tribute to pastoralists to avoid raids, or pay some pastoralists to protect them from other pastoralists. The role of pastoralists as traders’ best developed in those places and periods when caravan routes were important. The Silk Road to and from Europe and Western Asia to China is a famous example. The rich trading allowed for more technological investments such as weapons because people didn’t have to worry about money and food so they could spend time building better defense systems