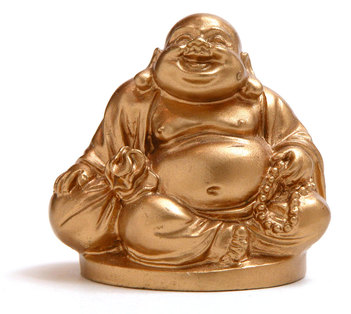 Europeans portrayed Buddha as fat, while Siddhartha was actually very skinny
The spread of culture along the Silk Road and other trade routes naturally stimulated the spread of the influence of different cultures' views on art. Traded along the route with merchants, artwork specific to areas such as Europe of China began to expand into other areas and influence the artists of different cultures. Artists from different areas began to incorporate the artwork from different civilizations, inducing a unique blend of cultures, such as the blending of Hellenistic Greek and Asian Buddhism, resulting in a different portrayal of the Buddha. Public works systems were emulated as well. Traveling merchants or scholars from foreign nations would observe other areas success at things such as irrigation or roadways and bring the ideas home, allowing their native empires to adapt them into their own public works. Overall, the spread of art and architecture through the trade routes increased efficiency and creativity by allowing for increased collaboration through the empires. 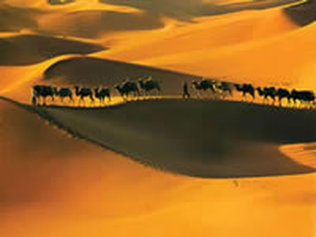 The Sahara desert forced traders to plan their travels
Because the trade routes covered such large areas, a large range of geographies were exhibited throughout the routes. Separating the two ends of the Silk Road trade route, were the Himalayan mountains. The traders that completed the route were required to find passageways through the mountains using valleys or other naturally made pathways. Because of the extremely harsh terrain, traders were required to have a good knowledge of geographical skills and survival which lead to increased efficiency when passing. The Southern Silk Road or Indian Sea Routes and the Trans-Saharan trade route possessed geography nearly completely opposite to the mountainous terrain of the Northern Silk Road. The Sea Routes were traveled predominantly by boat which required the traders to have a strong knowledge of nautical navigation in order to find their destination. The Trans-Saharan trade route, crossing the Sahara desert in Africa, possessed an extremely limited amount of water and vegetation. This scarcity required the traders to plan extremely efficiently in their travels because supplies were extremely difficult to find in the middle of the desert. 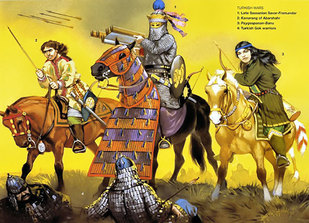 Mobility on routes led to quicker response times
The roads and routes traveled during through the trade routes linked and unified empires together and provided a basis for them to expand. Because there were many stop points along the routes, it created an easier opportunity for nations to conquer other nations because it allowed them to cut of supplies by breaking the flow of checkpoints. Also, the roads were important because they were influential in deciding reasons to go to war. Furthermore, the increased interaction between empires  would not have interacted if not for the trade route that lead to a greater clashing of ideas and beliefs, which instigated wars between empires. This influenced militaries to strive to be the best as possible, which contributes to the invention of new military technologies that eventually spread to more recreational use, such as gunpowder. 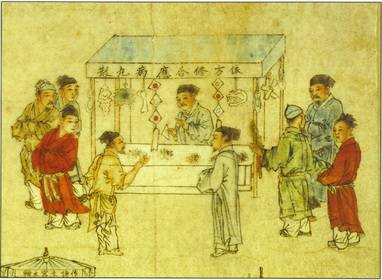 Merchants gained more social power as trade increased with the routes
Many of the large trade routes had a large impact on the social classes of empires connected. Because goods from all different areas were being traded, specific goods became sought after from empires where the goods were not naturally present. The desire for these goods from the different social classes created a more visual differentiation between classes. For example, Chinese porcelain and silk was sought after throughout Europe, however, was only available to the higher classes of society. Because they were only available to the upper classes, they became integrated into the European social class system and differentiated the more cultured and sophisticated elites from the lower class workers. Also, the trading throughout empires greatly strengthened the merchant class of each respective empire. The greater power was brought upon them because they were no longer recycling goods and currency throughout their own economy, but had a much higher chance to prosper in a global economy where profit could be made by exploiting the desires for foreign and exotic goods. The increased power in the merchant class was extremely important because it shaped the way empires developed because merchants gained larger and larger power in the political systems as they began to potentially acquire as much wealth as nobility. 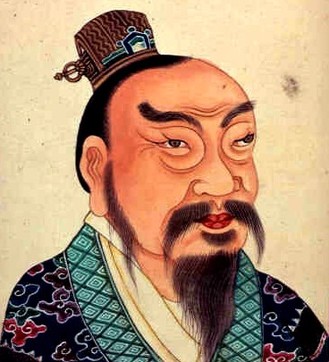 Emperors needed to maintain control of their routes to hold power
The people with political power in empires were able to use the trade routes to either further their power or lose their power because of the increased globalization. A key way in which they were able to maintain and further their power was they were able to control the trade routes, and they were able to pull in much more wealth than other nations, which allowed them to further their political influence by building large public works systems or armies. Another key factor in how the trade routes facilitated the political growth of nations was by allowing them to learn from other empires' mistakes. Emperors who cared for the betterment of their nation were able to look at the emperors of other empires and analyze the successes and failures and incorporate the positive influences into their own ruling. The trade routes however, also provided an easy way for empires to lose their political power. Decreased control of the trade routes lead to a decreased amount of wealth, and this was exploited by stronger nations who used their control of the routes to drain empires of supplies and slowly siege them. Political practices, such as the Chinese Tribute system encouraged, and ultimately forced, trade within Asia. By sharing in China's riches, all places involved accumulated more wealth, ideas, and technology, thus advancing the region. 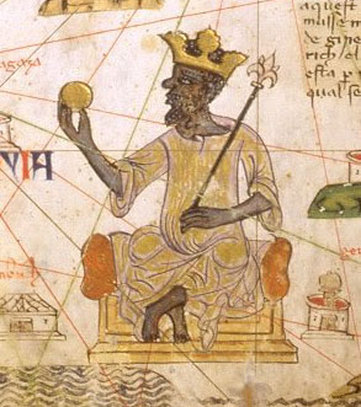 Mansa Musa's conversion to Islam helped it spread into northern Africa
The three major religions that were spread as a result of the 3rd wave trade routes were Buddhism, Hinduism, and Christianity. The crossroads and focus points of these trade routes created major cities where there was a blending of cultures. This cultural diffusion helped spread the many different ideas all over the Eurasian continent. Buddhism originated in the northern part of India around the 3rd century BCE, and it was successful in utilizing merchants to spread it. These merchants traveled through cities and towns primarily on the Silk Road, and they carried it into China, where Buddhism remained for a significant amount of time. Hinduism was also spread along the Silk Road, but it was mainly on the sea routes. Christianity was popular in eastern Europe, specifically Rome, and was spread east on the Silk roads from Mesopotamia to even India. Islam was not as prevalent, but it still existed in the northern African region where Mansa Musa, King of Mali, converted to Islam. The Trans Saharan trade route helped Islam spread into Mali and Songhai. 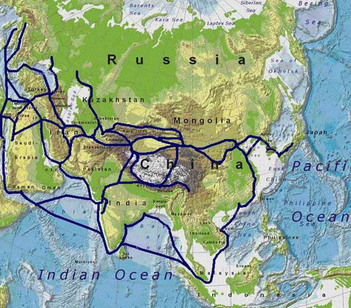 The sharing of ideas perpetuated innovations everywhere
The trade routes provided a means for the spread of ideas because of the connection that the empires involved experienced. Because the routes were traveled by traders from all different empires and cultures, they often times brought with them innovations and ideas and spread them with people from other empires, resulting in the spread of ideas. Quicker ways to do things were shared between traders and then brought home to their empire of origin, which created increased efficiency in the empire because they were able to gain the ideas of all people who traded on the trade route. Because the efficiency at which civilizations were able to produce goods and provide services for the people increased, the spread of their own culture and the standard of living within their civilization also increased. This was vital for the development of innovations because an increase in the standard of living is followed by an increase in the amount of innovations being made, causing a compounding effect of increased standard of living on all of the nations involved in trade routes 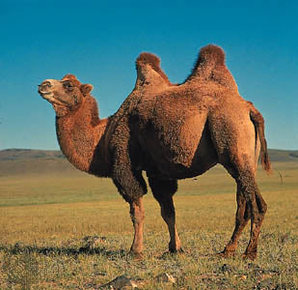 Domestication of Bactrian Camel allowed for increased loads
Technology in the 3rd wave trade routes was advanced significantly as a result of the increased communication and sharing of ideas. The trade routes offered an easy way for ideas to be spread, and it spurred innovation. The introduction of the camel into the Trans Saharan trade route and the Silk road greatly improved the efficiency of transporting goods. They allowed for more products to be traded at a faster speed, leading to increased trade. The domestication of the Bactrian camel, with two humps instead of one, was another improvement. Caravans lead by camels were also used, making it even easier for more products to be traded across routes. On the Indian sea routes, better ships were made; They could carry more cargo and travel at faster speeds. Indirectly, these trade routes also affected many other innovations at the time. With the many inventions that the Chinese had, these roads helped with the spreading and sharing of ideas that exponentially increased the development of things like gunpowder, the printing press, the water clock, and more. Public works, such as the Grand Canal and complex Roman road system, facilitated trade within the empires, thus unifying it and creating more wealth. Ultimately, there was a compounding effect on advancing technology and increasing trade through the routes. 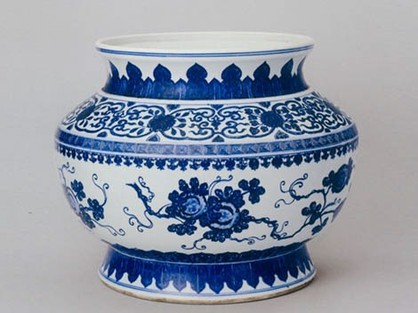 Demand for goods like porcelain increased trade and stimulated the economy
Previous to the introduction of large scale trade routes, civilizations were generally isolated from each other besides for small scale trading between neighboring civilizations. The introduction of the Silk Road, Indian Sea Routes, and the Trans-Saharan route were critical to the empires of the time because it allowed for the development of a global economy and spread of goods. A prime example of the influence that the trade routes is the interaction formed between Europe and Asia through the Silk Road. Previously unknown to Europe, many Chinese and Indian commodities such as porcelain, silk and exotic spices became extremely sought after goods. The connectivity experienced between Europe and Asia through the Silk Road also aided the development of other empires along the way. Because travel from Europe to China was extremely difficult during this time period, towns and checkpoints developed along the route which lead rise to markets and micro-economies throughout the macroeconomy itself. Similar to the Silk Road and the Indian Sea routes, the Trans-Saharan trade route connected different communities in Africa, resulting in the spread of goods such as ivory, salt, and gold, which strengthened their economies by allowing them to compete on a more global scale.