People began to hate foreign rule and hostility started to develop as well as a struggle for independence. Nationalism began a symbol of resistance. The invention of a symbolic national identity became the concern of racial, ethnic or linguistic groups throughout Europe as they struggled to come to terms with the rise of mass politics, the decline of the traditional social elites, popular discrimination and xenophobia. These ideas started in Europe and then spread around the world. Nationalism was first seen in Germany, Switzerland, France, Spain and then spread to the rest of Europe. The cause for this rise was people becoming upset with how they were being treated and the desire for more rights.

The rise of Nationalism was influenced by both leaders such as Napoleon and Otto Van Bismarck, and regional conflicts such as fight for territory/colonies in Africa. The reign of Napoleon was a major contributor to the growth of Nationalism on the European front because of success Napoleon saw conquering mass territory in Europe and pushing France to be a world power. The tensions in Africa also contributed to rise of Nationalism because it was seen as both an economic advantage and morale boost for European countries. Acquiring more territory in Africa meant more acquired resources, and thus increased production and stronger economy. The close proximity of powerful nations in Europe helped propel rivalries and Nationalism at the turn of the century.

The rise of Nationalism at the turn of the century was a leading factor of the major global conflict that was WW1 and WW2. Nationalism created heavy tensions in Europe in the early 1900s which led to all many countries waiting and preparing for an inevitable war. The act of assassinating Franz Ferdinand led to a downward spiral of European countries joining each side of the war. After the war the combined heavy sanctions on Germany and appeasement policies led to Sparking German fascism and WW2. It can be argued that the rises of Nationalism during the turn of the century were the clear cause of massive death and destruction of the world wars. 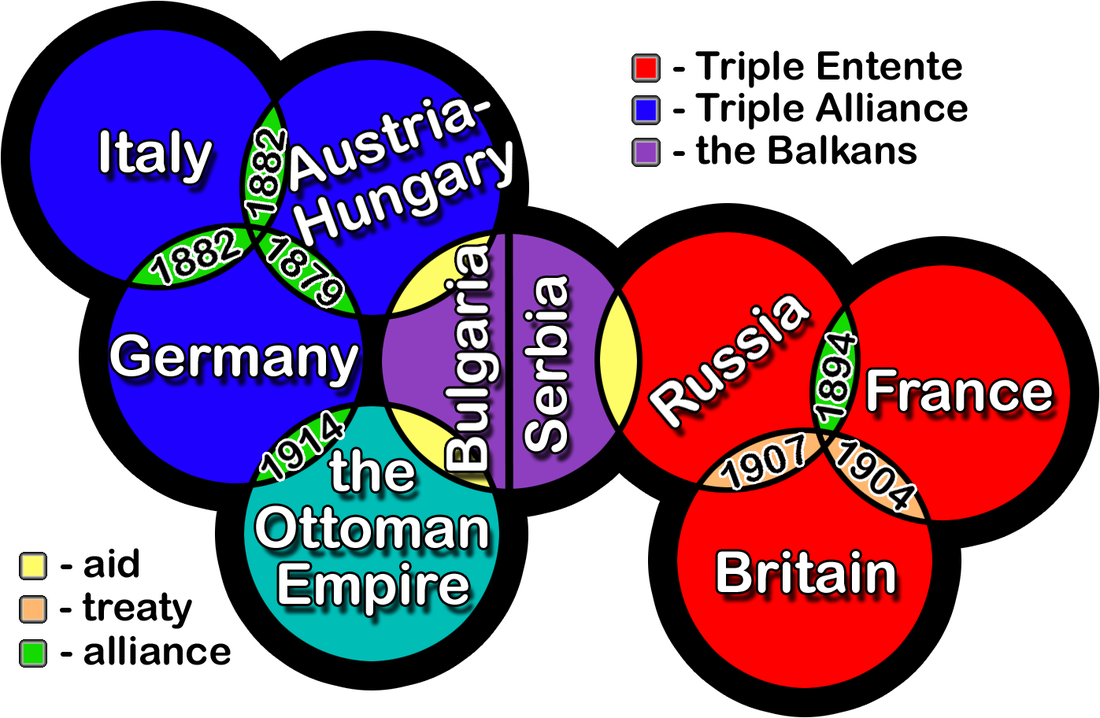