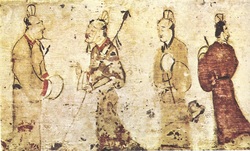 Art in ancient China depicts many paintings of people, usually well dressed and carrying out daily activities. This shows that people with a higher social status, upper class with excessive amounts of money, were looked up to because the people in the portraits have nice clothing, as well as styled hair on the women. Geography is an important part of Chinese development because their land was flat, and the soil was very fertile for growing millet. This allowed for the food to be less of a burden on society, and in turn allowed them to focus on other parts of improvement of their culture. 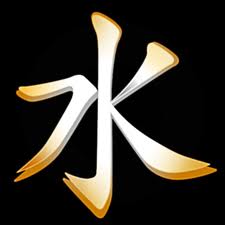 Military was an important part of Chinese culture, especially for young men. Because they all were eligible for conscription, it can be concluded that China had a large population, as well as large stores of food to feed the population in case the farmers were forced into war. They also had a powerful force of cavalry, which shows that their terrain was ideal for travel by horse and relatively flat. Chinese society was influenced by different philosophies, such as Legalism and Confucianism. The nature of these schools of thought show that China was undergoing much turmoil within its state because the ideas behind those philosophies are based on the idea that there are problems that need to be solved, as well as that there is the need to obey the government. The legalism and Confucianism morphed to form the government through the twentieth century. Chinese politics are hierarchical in nature, with one dominant Emperor and everyone under him. Government jobs could be acquired by anyone who was qualified. This shows that they valued experience and training over a system of family in the government positions. It also shows that they wanted to fill the government with the best people possible, and that they valued a strong and competent government. The major religions in China were Confucianism and Legalism. All of these were focused on people’s behavior, and how people should behave. They also focused on how the government should be viewed. Both of these show that religion was an integral part of their society, as well as intertwined with social and political values. 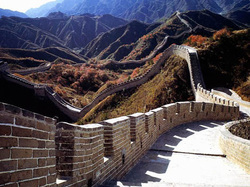 Intellectually, the Chinese were very prominent. They had the first recorded use of negative numbers, as well as the idea that the sun, moon, and planets were sphere shaped and not disc shaped. They also studied astronomy in great lengths. This shows that they valued intellect, and that they had a great deal of job specialization to be able to have people work entirely with astronomy and math.The creation of the Silk Road allowed for the China Empire to prosper. The economy was bursting and stimulated trade within the Empire as well as a few bordering ones. Although the economy and trade were at an all time high, China did not have much technological change during this era. One would assume that their exchange of idea with others would cause a greater prospering of technology, but instead there was little do to the legalist influence in the nation.  Legalists believed that farmers and soldiers were the main influence on the success of the empire, so most of the technological advances were in those areas, such as iron in the military.  Shihuangdi, the legalist emperor, believe so strongly in his military that he provided the entire army with iron weapons. New weapons were created from this and the military was also strengthened.  They began to conquest from Vietnam to all areas of Korea.  Having such a large empire meant needing protection, eventually causing the building of the Great Wall of China. This symmetrical, 5500 miles long wall required a great deal of intellect and organized laborers. The Great Wall was also a monument for their emperor's burial, showing that even though he had great power, the citizens still respected his authority as well as other politicians.
China Home