Public Administration as defined by Merriam-Webster Dictionary is “a branch of political science dealing primarily with the structure and workings of agencies charged with the administration of governmental functions”.

Meaning that Public Administration is the type of government, how the government functions, and how that government implements its policies. 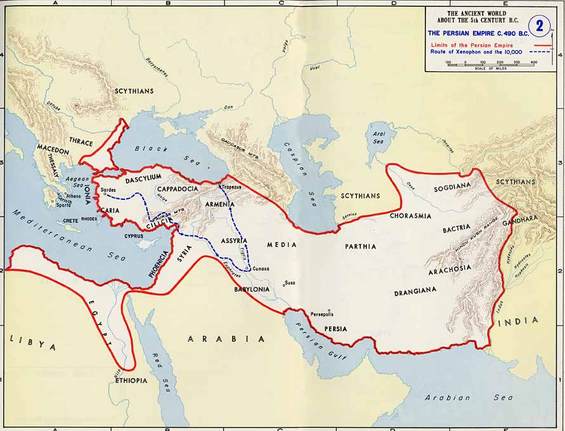 Persian Empire during Darius I cr. 490 BCE
The greatest example of this would be the Persian Empire in the Achaemenid Empire (550 BCE-480 BCE).
Persia had the influential political leader to organize a powerful military, allowing them to conquer neighboring peoples. They then assimilated those conquered into the Persian culture, which allowed Persia to take the technological and intellectual advancements of the conquered people, and to use and expand upon that knowledge.
This and other political policies allowed Persia to conquer, assimilate, and flourish.