All independence movements in the United States and Latin America were attempts to gain freedom from European powers such as France, England, Spain, and Portugal. All of these colonies sought after Enlightenment ideas, such as life, liberty, and property, equality, political reform, and economic sustainability. The major rebellions took place in the United States, Mexico, Haiti, and the regions in South America. These wars took place in the late eighteenth century to early nineteenth century, and they were bloody rebellions that included great loss of life. Starting with the American Revolution, independence was assumed, and ideas of Enlightenment spread down through Latin America, sparking more revolutions seeking reform and equality. People were able to see the success of the United States, and they desired the freedom that the Americans found. 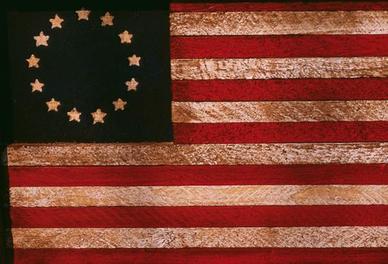 The American flag after assuming independence from Britain.
The thirteen British colonies along the Atlantic coast in North America fought their way to independence and becoming the United States of America. The movement lasted from 1775 until October 1781 when the British surrendered in Yorktown, Virginia. The American Revolution was driven by several factors opposing the British, which include heavy taxes, oppressive Acts and laws, and a lack of American representation in government. The phrase: “No taxation without representation” was a common saying during the independence movement. The British implemented unfair taxes, such as the Tea Act and Townshend Acts, which taxed essential goods, such as paper, glass, and tea. The colonists grew angrier, and they started to revolt. After the colonists rebelled in the Boston Tea Party, the British passed the Intolerable Acts, which implemented the Stamp Act, for example. An internal struggle continued as well, as the Patriots and Loyalists remained at odds. As the British sent a blockade along the Atlantic coast to cut off the colonies from trade, George Washington became the first American Commander, an American army rose up, and the Declaration of Independence, written by Thomas Jefferson, was signed and ratified unanimously. The French also came in as allies to the United States in 1778, which evened out naval power on both sides. Together, the Americans and French captured a British army in Yorktown, Virginia, which ended the war and led the Americans to victory. As the British lost the Revolutionary War, the United States Constitution was ratified in 1788, which replaced the Articles of Confederation. A stronger national government was created, and a republican government was founded, all due to the Enlightenment ideas. John Locke, who is often referred to as the "Philosopher of the American Revolution", inspired many of the writers and provided the ideas, such as social contract, natural rights, and being "born free and equal". His ideas are central to the Declaration of Independence. This independence movement was not only significant for the United States, but it was significant in sparking many other revolutions throughout Latin America. 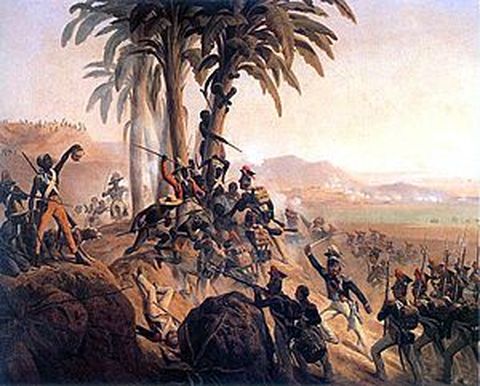 The Battle on Santo Domingo in the Haitian Revolution, depicting the warfare that took place.
Following the American Revolution, multiple independence movements broke out throughout Latin America, including Haiti, Mexico, and nations in South America. Starting with Haiti, it was a slave revolt that took place against the French. Like the American Revolution, it ended with a new state and permanent independence. This independence movement is generally considered to be the most successful slave rebellion ever in the Americas. The Declaration of the Rights of Man in France played a big role in starting this revolution.Then traveling to the nations in South America, many other independence movements broke out against the Spanish. The natives outnumbered the whites nine to one, and there were heavy class divisions, so they were looking to reform socially and economically through free trade. In the end, however, social divisions remained and the Catholic Church had a major influence on the nations. Then, the Mexican War of Independence broke out, and it was the Creoles, the Mestizos, and the Amerindians against the Spanish. It started as a move to get political reform and economic sustainability, but it turned into a major class struggle. Due to extreme class divisions, much of the war was fought by the lower class citizens while the upper class remained loyal to Spain. Once the nation became unified, they were able to gain their independence from Spain. 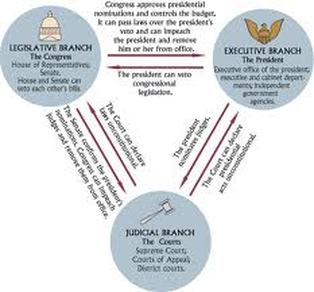 Leaders of the Revolutions 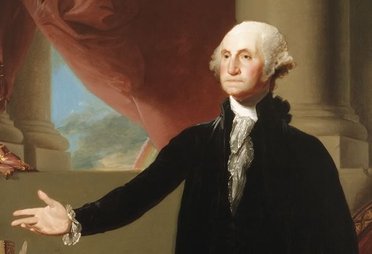 George Washington, an influential leader in the American Revolution
The Revolutions of both North and Latin America would have gone completely different, either for better or worse if the leaders present in the revolutions had changed. In North America, there were many leaders of the revolution which were responsible for the success that resulted post revolution. This is a difference when comparing to Latin American revolutions because generally they were on a much smaller scale because both the populations of the individual countries were lower and overall scale of the revolution was smaller leading to a smaller amount of revolutionary leaders, generally only one or two. Also, America was in a sense much more lucky with their leaders than the Latin American countries. For example, George Washington, the first president, had the opportunity to continue his rule and possibly exploit the newly formed government like many of the Latin American leaders did. However, he chose to resign after his second term even though he was encouraged to continue on by the presidential electors. Many of the political leaders in Latin America differed from Washington in the fact that they were often eager to exploit the weaknesses of the newly found government for their personal gain. Another difference that was present in the revolutionary leaders of these areas was their experience. Many of the leaders in the American Revolution such as Benjamin Franklin and Thomas Jefferson spent a large amount of time gathering information on other successful forms of government and learning through the enlightenment that was going on in Europe. This allowed them to become extremely educated and well versed which resulted in a strong and secure government. In Latin America however, many times the revolution was led by people with little experience. For example, the Mexican independence movement was started and led by a local priest, Miguel Hidalgo. It was he who declared independence from Spain. The lack of experience combined with the generally low amount of revolutionary leaders in Latin America proved to be detrimental because the leaders were not able to discuss and debate for the most unanimously approved form of government. 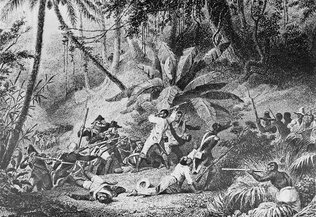 The Haitian rebellion was very brutal
A large amount of the revolutions that took place throughout the South American continent were very bloody and required a large loss of life to end the fighting. For example, in Venezuela, the fighting took over five thousand lives, and continued to occur even after Venezuela gained its independence. Many other revolutions such as the Bolivian War of Independence turned into guerilla warfare, which resulted in harsh and uncontrolled war conditions. Unlike the American Revolution, revolutions in Latin America were often structured very poorly which resulted in fighting even after the revolution had been successful or unsuccessful. The additional fighting after the completion of the revolution created an extremely corrupt and dangerous area which was not similar with the American Revolution. Another reason for the more bloody Latin American wars for independence was the fact that many times the wars were fought between slaves and the Europeans that lived there, such as the Haitian rebellion. This contributed to the amount of bloodshed because slaves felt that they had nothing to lose, which resulted in gruesome tactics in order to overthrow the local government. The slave rebellions also caused loss of life because of the slave’s inability to form a structured government after a successful rebellion, and the Haitian rebellion is a perfect example of this. Following the rebellion, none of the slaves were equipped with the knowledge required to construct a new and efficient government. This lead to many clashing ideas and corruption which ultimately made Haiti one of the poorest nations in the world. Unlike Latin America, the American Revolution was much more structured and the individual nations as a whole had a unified goal to gain independence from Britain. Many of the great minds in America gathered information on other governments and used many of the enlightenment ideas, such as the separation of powers and checks and balances, to make their new government fair and just in order to prevent corruption. Also, an extremely large majority of the population shared the similar goal of independence, and this created a sense of unity and allowed for easier post revolution relations because a large amount of people were happy due to how successful they believed the revolution was.