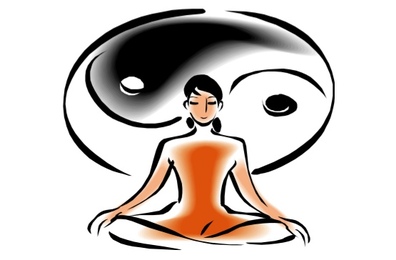 Yin and yang symbol. depiction of someone meditating.
Daoists believed in the Dao. Dao is “the way of nature”, it does nothing but accomplishes everything. Daoists believe that education, striving for improvement, and strong government generally make things worse. They believe one must withdraw from the world of political and social activism. These people strive to be like water, calm and genital yet powerful and destructive. Daoists also believe in the concept of yin and yang. The literally meaning of this is "shadow and light." Yin and Yang is used to describe how polar opposites or seemingly contrary forces are interconnected and interdependent in the natural world. This religion shaped the culture of ordinary people.